A FREE EDUCATION IN LIGHTING 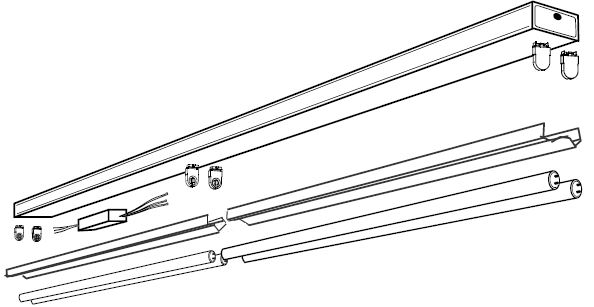 Many people do not know the EISA (Energy Independence and Security Act) went into effect July 14th of 2012. The U.S. Department of Energy has banned many types of inefficient light bulbs, such as incandescent, halogen and fluorescent. T12’s, as well as “7” series T8’s, are being phased out and current users will soon have to make the switch. The EISA compliant options include some halogens- those that rate up to 30 % more efficient than traditional lamps, self-ballasted ceramic halide lamps, compact fluorescents (CFLS), and LED’s.

In 2012, a traditional 100W incandescent bulb rated at 1490 to 2600 lumens had to produce the same amount of light on just 72 watts of power. This year, 2013, 75W replacement bulbs must cut power consumption to 53W. By 2014, 60Wand 40W replacement lamps will be rated at 43W and 29W respectively. Similar savings will be phased in for different lamp types during the same time period.

Lighting manufacturers and distributors generally recommend using an “8” series T8 for almost every application. The number “8” refers to the type of phosphors used inside the glass tube. The 8 series fluorescents not only produce higher lumen outputs, but also a higher CRI (color rendering index), making the light brighter and clearer. The high CRI is often overlooked for its advantages when used in schools and offices, where the better quality of light also helps to improve work quality.